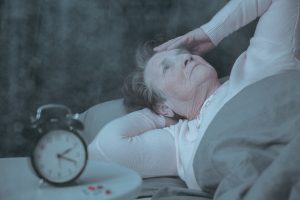 The study was conducted by researchers at the Mayo Clinic. 288 people who were over the age of 65 participated. None of them had signs of cognitive problems. 43 of the participants had symptoms of sleep apnea. Brain scans showed that the participants with sleep apnea had 4.5 percent more of a protein called tau in their brains, specifically in the part of the brain that controls memory. Tau is one of the proteins that collects in the brains of people who have Alzheimer’s disease.

Sleep apnea has also been associated with several other health problems, including:

Having a home care provider for your aging relative could mean spotting the signs of sleep apnea. A home care provider who stays overnight with the older adult or is present during naps can listen for episodes of interrupted breathing and report them to family caregivers. Home care providers can also help seniors with sleep apnea to manage the condition by helping them to properly use a CPAP machine and keep it clean.

If you are considering hiring home care in Morgan, UT, for an aging loved one, please contact the caring staff at Seniors Helping Seniors of Ogden, UT. Call today 801-821-4535.